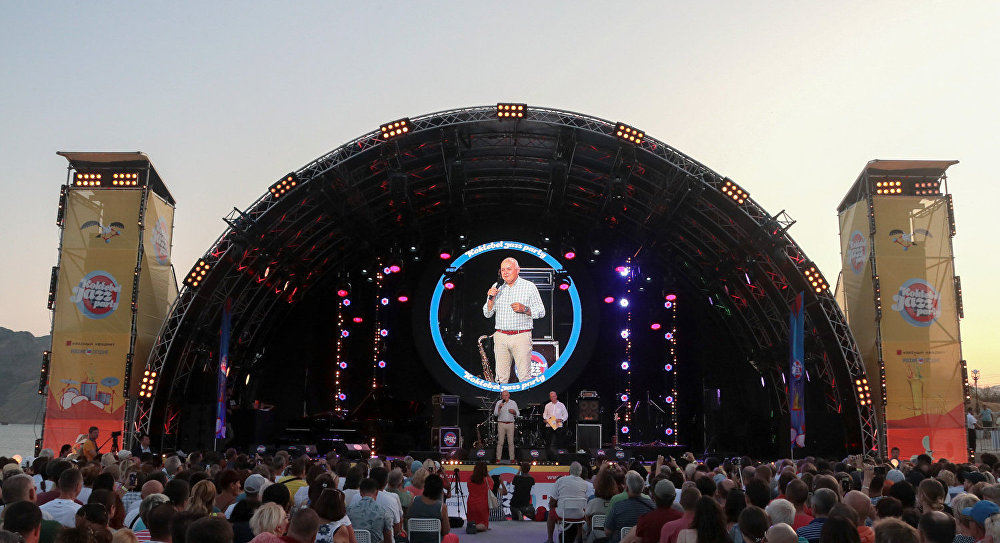 Dmitry Kiselev, Director General of Rossiya Segodnya International Information Agency and Chairman of the Koktebel Jazz Party Organizing Committee opened the 17th Koktebel Jazz Party international festival. During the opening ceremony he said that the world's best artists, including Grammy winners would be performing at the jazz festival as usual.

"As usual, we are holding the coolest festival in the post-Soviet space. It will be great, and as usual we will have the world's best artists, including Grammy Award winners. And as usual, our audience will enjoy it greatly, Kiselev said.

He said the names of the foreign performers were not announced in advance for fear of them being harassed both in America and in Europe.

"But it is common knowledge that we typically have exceptional performers. Thank you very much! As usual, we have a very good audience. Thank you. We are opening the 17th international jazz festival here in Koktebel!" Kiselev said.

Head of the Republic of Crimea Sergei Aksyonov thanked Kiselev for organizing the festival.

"This is the most important international cultural event for the Republic of Crimea. I would like to congratulate everyone on this occasion," said Aksyonov from stage.