Koktebel is ready for jazz invasion 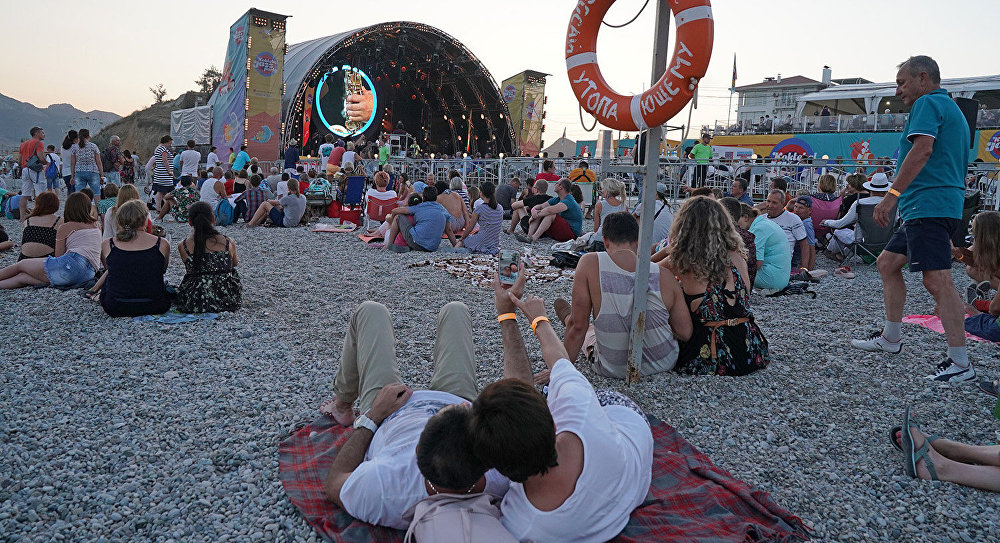 There are less than 24 hours to go before the kickoff of the most colorful annual event in Crimea's cultural life: Koktebel Jazz Party. For three days, August 23-25, leading jazz musicians from Russia and all over the world, as well as musicians in similar genres, will perform on the Black Sea coast.

On the first day, Dave Yaden Band (US), Guru Groove Foundation and Alexei Kuznetsov (Russia), as well as the iconic American trumpeter Randy Brecker accompanied by Sergei Golovnya's big band will perform on the Main Stage. On Saturday, Nils Wülker Band (Germany), Billy's Band and Yulia Chicherina from Russia and famous US singer Sharon Clarke will be the headliners. And finally, on the last day of the festival, piano player Daniil Kramer (Russia), Lamuzgueule (France), Yakov Okun's international band and the blues band of popular guitar player Selwyn Birchwood (US) will present their sets on the Main Stage.

Concerts on the Main Stage will start at 7 pm and finish at about midnight. Performances in the dolphinarium will kick off at 2 pm, on the Voloshin Stage at 3 pm, and at 5 pm in the water park. Tickets are available at Concert.ru and in the ticket offices at the festival venues. The entrance fee is 500 rubles, and tickets to the stalls cost 1,000 rubles.

This year, the festival will be held across five venues: apart from the traditional Main Stage, the Voloshin Stage, Koktebel's water park and the dolphinarium, there will be a new one — the Tavrida-Art Stage.

The organizers have brought and assembled 20 tons of sound and lighting equipment to help create the unique atmosphere of an open-air jazz fest.

A map of stages and other festival venues is available at the KJP website.

In addition, the audiences at various KJP-2019 venues will enjoy performances by one of Moscow's best jazz funk bands Snake Steak, violin improviser and arranger Felix Lahuti and his band UNIVERSALOVE, the K.I.M.M. quartet featuring outstanding Soviet and Russian jazz guitarist Alexei Kuznetsov, Yaroslava Degtyaryova, a celebrity from The Voice Kids Russia, and Sandra Frakenberg, a jazz singer from Samara, among others.

On Saturday, August 24, when the Koktebel Jazz Party international jazz festival is in full swing, its guests, Crimean volunteers and local residents will take part in a running event, during which they will pick up litter around the most popular tourist sites in Koktebel. This initiative is designed to raise awareness about environmental issues. It is being held as part of the Koktebel Jazz Party for the third year, but for the first time as a plogging event, a popular recent trend. Plogging is a new movement that combines jogging with picking up litter. Plogging unites physical activity and concern for nature. By combining constant bending to pick up litter with running, plogging provides a more diverse exercise experience than just running.

For those who enjoy active recreation, the festival will host a volleyball tournament, the KOKTEBEL JAZZ PARTY CUP 2019. It will be open to anybody who wants to play. Participants will have to register in a dedicated VKontakte group or at the volleyball court.

Koktebel Jazz Party is held with information support from the Rossiya Segodnya International Media Group and the State Television and Radio Broadcasting Company (VGTRK Holding). Radio Jazz is the music partner of the festival. The regional partner is the Sobaka Krym Publishing House. Smolensk Diamonds is the festival's special partner.