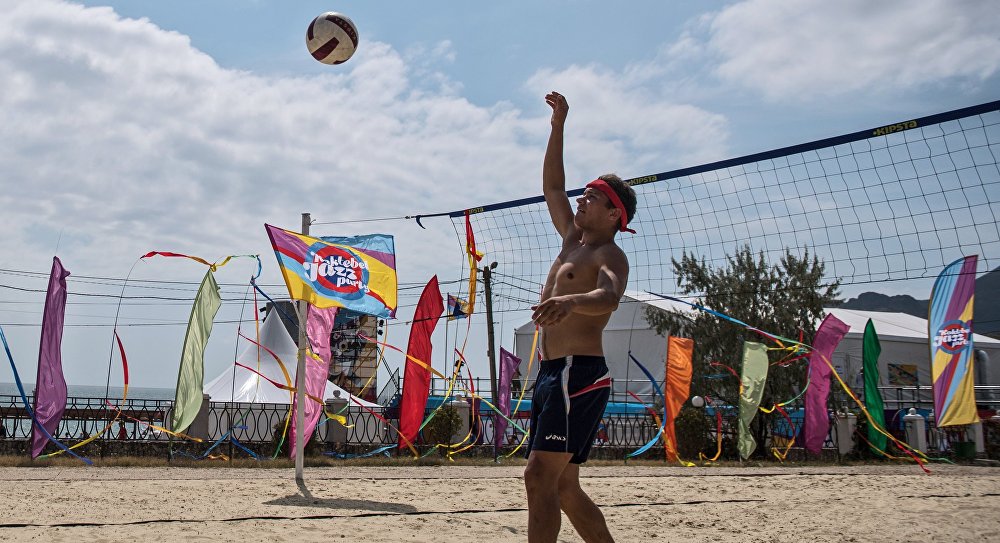 The KOKTEBEL JAZZ PARTY CUP 2019 volleyball tournament will take place on August 23-25 during this year's jazz festival. All festival guests will be able to play in the tournament starting at noon every day.

If you would like to play, please register with a group in advance on the VKontakte social media network or at the volleyball court.

The 17th Koktebel Jazz Party international festival will take place in Crimea on August 23-25. The audience will see about two dozen bands from the US, Japan, Singapore, France, Germany and other countries. Russia will be represented by Snake Steak, one of the best Moscow jazz funk bands, violin improviser and arranger Felix Lahuti and his band UNIVERSALOVE, and the K.I.M.M. quartet featuring outstanding Soviet and Russian jazz guitarist Alexei Kuznetsov, among others. Rock singer, musician Yulia Chicherina will be a headliner at the festival.

Koktebel Jazz Party is held with information support from the Rossiya Segodnya International Media Group and the State Television and Radio Broadcasting Company (VGTRK Holding). Radio Jazz is the musical partner of the festival. The regional partner is the Sobaka Krym Publishing House.