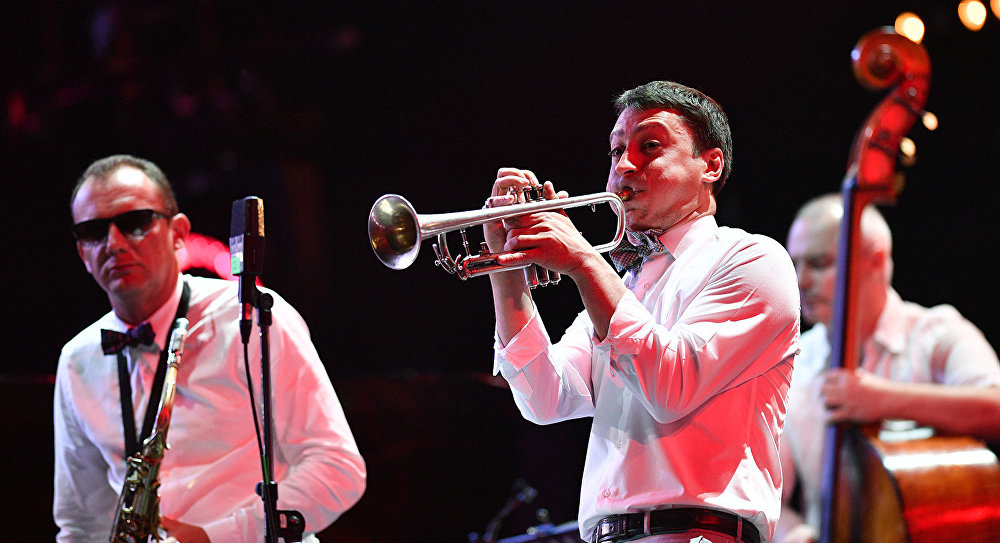 MOSCOW, March 13 — Koktebel Jazz Party press service. On March 16-17, the world's leading jazzmen who took part in the Koktebel Jazz Party international festival will perform the best tunes in Zaryadye Park as part of the Crimean Spring festival. The program will include music sets by the Symphony Jazz by the Ivanov Brothers, the Brazilian jazz band Esh, the Big Jazz Orchestra conducted by Pyotr Vostokov, the Guru Groove Foundation, Billy's Band, Sergei Golovnya's jazz quartet and soloist Karina Kozhevnikova, as well as by musicians from the USA and Germany.

The Koktebel Jazz Party stage in Moscow's Zaryadye Park will be one of the venues of the Crimean Spring festival, which will be held in the capital from March 16 to March 18 to mark the fifth anniversary of Crimea's reunification with Russia. On these days the festival will host fairs with Crimean goods, and everyone will be able to take part in workshops, sports games and folk amusements, while squares, boulevards and streets will become arenas for performances of numerous musical, drama and circus groups.

The Koktebel Jazz Party is not just world-class jazz but real freedom that creates a single vibration of music, sea, body and soul. Established in 2003 as a private initiative of founder of Koktebel jazz, journalist Dmitry Kiselev, the festival has become one of the signature events of Crimea and holds high standing as an international jazz forum. Over the years, the festival has been attended by legendary jazz drummer Jimmy Cobb (USA), Grammy Award winner for the best Latin jazz album Gonzalo Rubalcaba (Cuba), nu jazz star Club Des Belugas (Germany), and unique saxophonist Robert Anchipolovsky (Israel). Russian President Vladimir Putin visited the 2017 Koktebel Jazz Party.