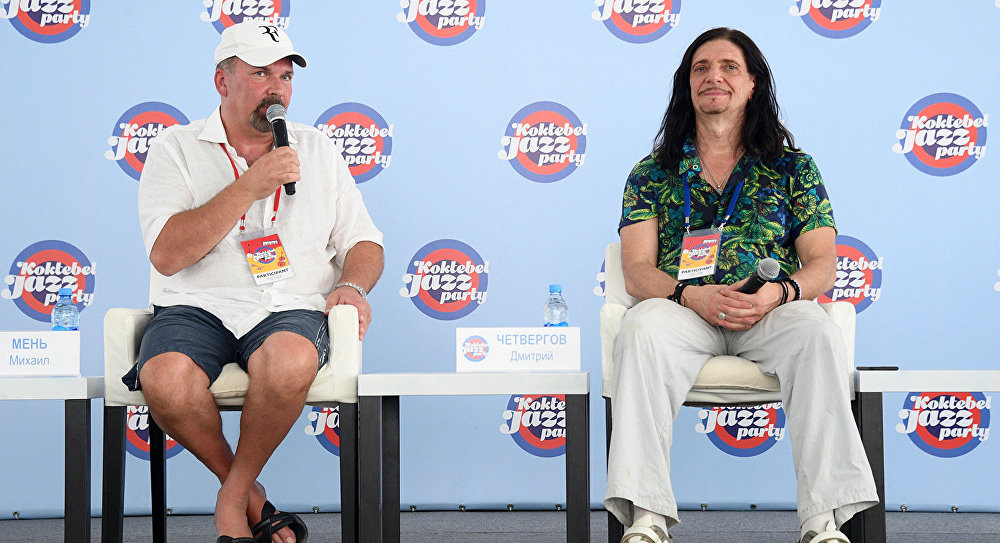 "Today we will be presenting a mixed style — jazz-rock-fusion. There will be elements of rock and a funk groove. This festival is great because it unites a lot of musicians and those who play in this mixed style can also perform here," ChetMen band leaders Dmitry Chetvergov and Mikhail Men shared their plans.

Men said the band usually plays as a quartet performing original pieces by one of the two founders of the band, but sometimes, like today, it invites other musicians to join in.

"Today in the first part of performance we will show some of our pieces, and in the second we will entertain the crowd," he promised.

ChetMen band members also praised the high level of organization at the Koktebel Jazz Party festival and its program.

"The Koktebel festival is mindblowing. A crazy, incredible level of performance and we are happy to play here with such musicians," Dmitry Chetvergov confessed. "And I am sure that Koktebel's revival will gain momentum with each year, including thanks to the Koktebel Jazz Party."