Incognito's founder: We were looking forward to being invited again to the Koktebel Jazz Party 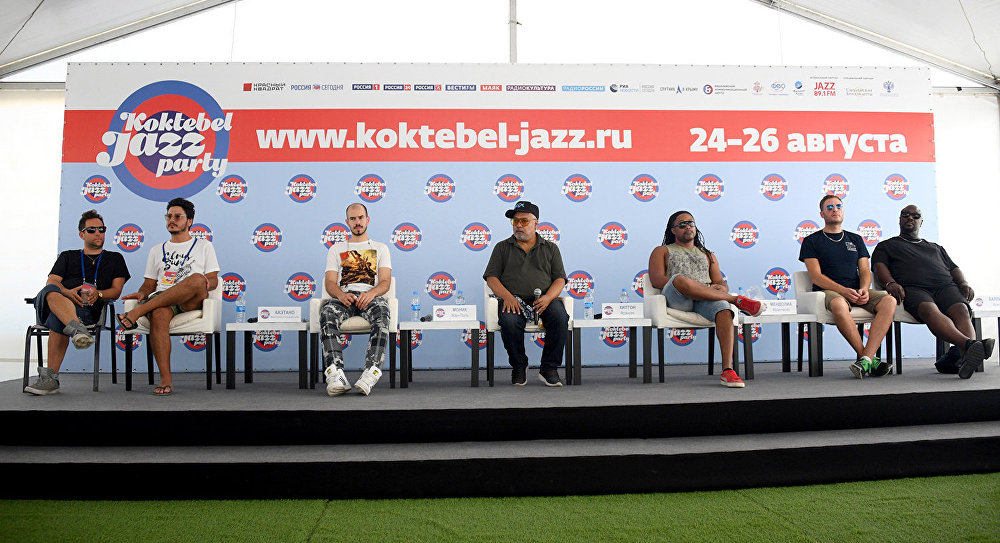 Speaking at a news conference, Jean-Paul Maunick, the founder and leader of the acid jazz band Incognito, said that they had once before performed at the Koktebel Jazz Party and since then had been looking forward to being invited back again and, at last, this had happened.

Jean-Paul Maunick said that his band was quite satisfied with how the festival was organized as they had no problems with equipment, the sound check had been held perfectly and the sea, the sun and the weather were great.

He added that later today the band would perform both new and old compositions but the musicians' main job was to bring love, joy and mutual understanding to their listeners.

The Incognito leader said that the Koktebel Jazz Party had always been a festival of life, so let it remain as it is this time as well. According to Jean-Paul Maunick, music teaches us to appreciate our diversity and live together plus music reminds us that we are humans in the first place.