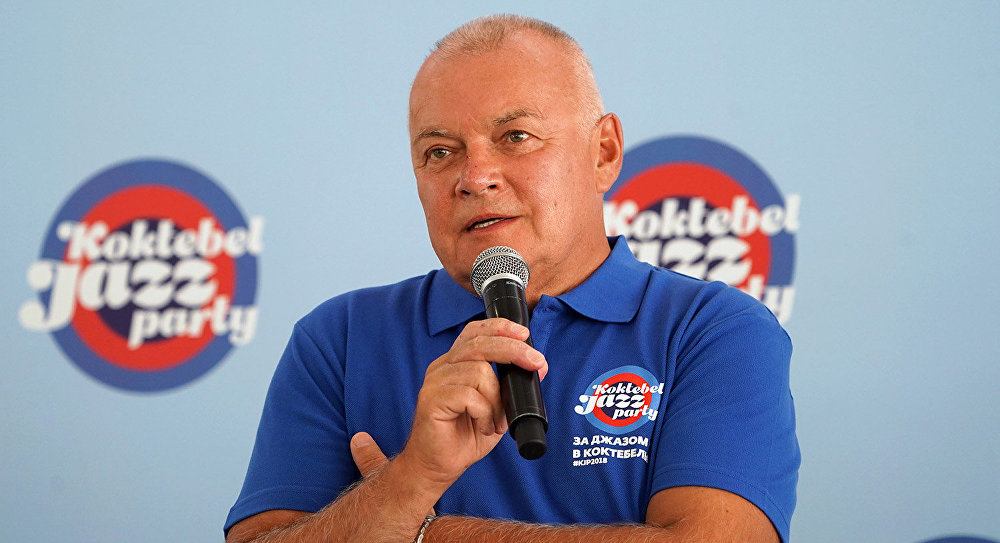 "Koktebel Jazz Party is absolutely Crimea's brightest, most powerful annual international cultural event," Dmitry Kiselev, the festival's founder and Director General of Rossiya Segodnya International Information Agency, said at the festival organizers' news conference. "There is nothing else like it in Crimea; we are happy to be part of such a cultural earthquake."
Dmitry Kiselev noted the brilliant line-up of participants, who will be performing for the Koktebel Jazz Party audience in the course of the next three days, and also thanked the Russian Ministry of Culture as well as Crimea's authorities for supporting the festival.

This year, organizers will surprise festivalgoers with some novelties, Kiselev added; the guests will be able to enjoy new venues as well as musical experiments.

"Once, we held the event called Jazz at the Speed of Light, when musicians from different Russian cities were joining in to perform together via high-speed Internet connection," said the festival's founder. "This year, we will try out another experiment: we will be joined by professors from the Conservatorium van Amsterdam; we will be broadcasting their performance from Rotterdam. No one does anything like this on a regular basis, while we will be connecting Crimea with Europe."

This year, Koktebel Jazz Party will be held on five stages, Kiselev said. Musicians will be playing on the traditional main stage and the Voloshin stage, plus at Artek Camp, the Dolphinarium and the Koktebel Water Park.

"At the dolphinarium, visitors will be able to experience jazz with dolphins," Kiselev added. "We want to experiment with different sorts of technology and various images. This is the jazz that unites people; this very genre was created as a synthesis of different cultures. And it has a message to it — Crimea must unite, not divide. This is the essence of our festival."