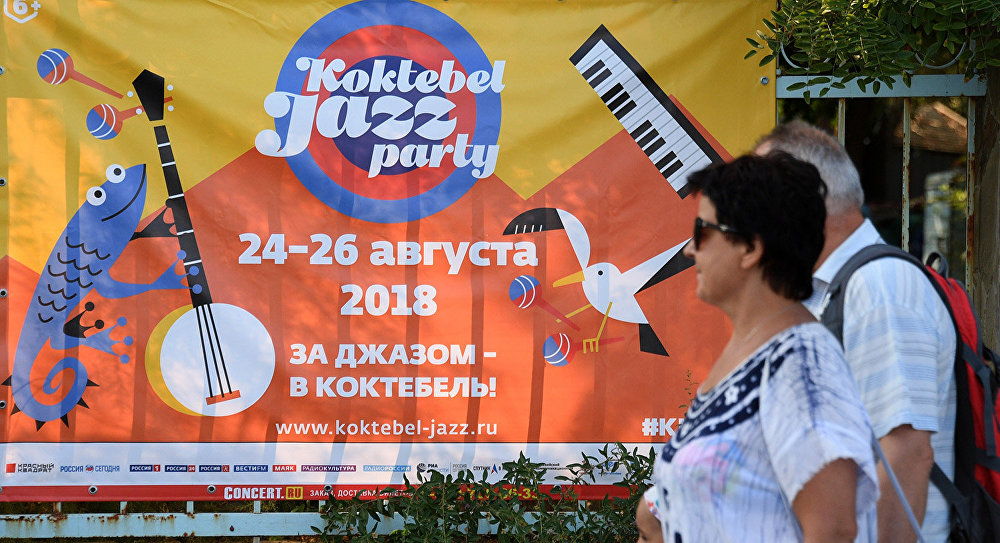 Twenty jazz bands from Russia, the US, Great Britain, India, China, Armenia and other countries will take part in the Koktebel Jazz Party which opens in Crimea on August 24, festival art director Mikhail Ikonnikov said at a news conference.

On the first day, people will see a performance given by the Rebirth Brass Band from the US that play New Orleans style jazz and funk, as well as the ethno-fusion group Rajeev Raja Combine from India, Rick Margitza from the US and Incognito from Great Britain which will perform acid jazz.

On Saturday, the Sedar Band from China, Vanessa Rubin & Don Braden from the US, the New York Latin Jazz All Stars band will be performing as well as an international band led by Yakov Okun which will be joined by Deborah Brown.

The third day will include pianist Vaagn Airapetyan, the New York All Stars from the US and Chet Man playing together with the famous virtuoso guitarist Dmitry Chetvergov. A surprise for the guests will be a jam session with famous Moscow sax player Sergei Golovnya plus the participation of all stars of the 2018 Koktebel Jazz Party.

The Voloshin Stage will be the place where there will be performances given by Yakov Okun, the New Folk Trio and the Kadans group, led by Moscow trumpeter, flugelhorn player and composer German Lukyanov. Russian Koktebel Jazz Party members will play in the Koktebel Water Park and the Dolphinarium.