Preparations for a regular jazz season ending in Koktebel 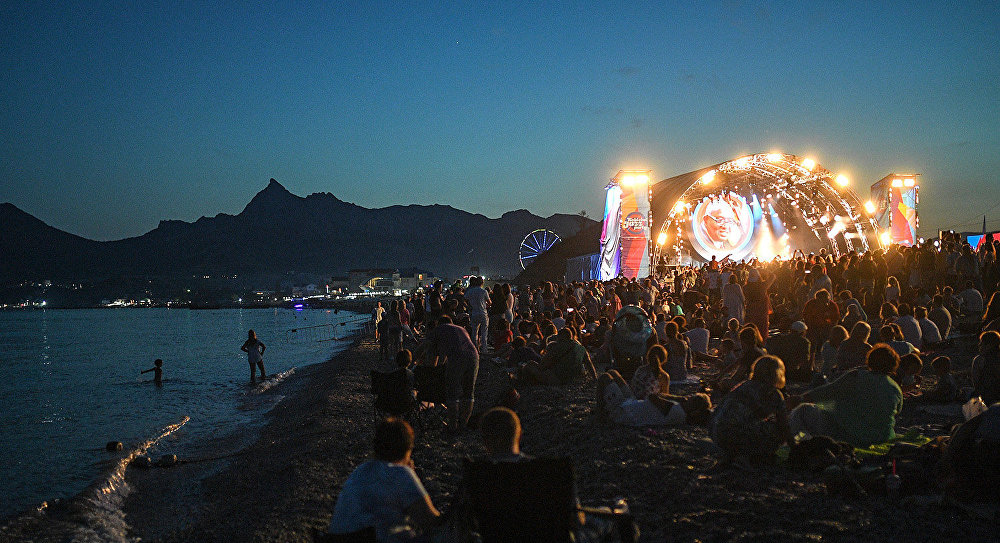 Twenty tons of sound and lighting equipment have arrived in Koktebel, Crimea, ahead of the regular Koktebel Jazz Party international jazz music festival, scheduled to open on August 24.

The equipment will be installed on the Main and Voloshin stages that will host performances by jazz celebrities and young musicians from Russia, the United States, Britain, India, China, Armenia and other countries over three successive days. Organizers have brought thousands of kilowatts of sound and light to Koktebel to create the unforgettable atmosphere of a one-of-a-kind open-air jazz festival.

This year, for the first time, Koktebel Jazz Party will take place at five venues in Crimea simultaneously. Besides the Main and Voloshin stages and the Grand Arena at the Artek international children's center in Gurzuf, which was successfully tested last August, these will also include Koktebel's water park and dolphinarium.

The festival emerged in 2003 as a private initiative of its founder and inspirer, journalist Dmitry Kiselev. Named after a popular Crimea resort, it quickly gained popularity among jazz lovers and professionals. For more details about Koktebel Jazz Party, go to its website koktebel-jazz.ru. The official hashtag of the event is: #KJP2018.

The festival's media partners are the Rossiya Segodnya international media group, the Rossiya 1, Rossiya Kultura and Rossiya 24 TV channels, as well as the Mayak, Kultura, Radio Rossii and Vesti FM radio stations. It has Radio JAZZ as a key music partner and the Smolenskiye Brillianty (Smolensk Diamonds) company as a special partner.

Koktebel Jazz Party offers not only world-class jazz, but also a real sense of freedom, generating the thrilling vibrations of the music, the sea, the body and the soul. The event is organized by the Krasny Kvadrat (Red Square) media group.