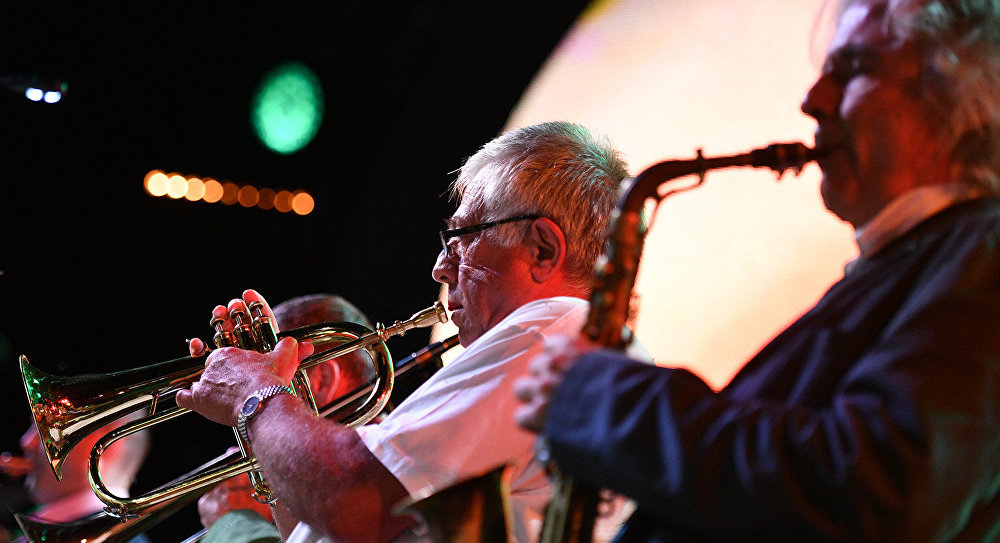 Guests of the 16th season of the Koktebel Jazz Party international festival will see performances by some 20 bands and musicians from the US, Great Britain, India, China, Armenia and other countries. Russia will be represented by the Kadans group, led by Moscow trumpeter, flugelhorn player and composer German Lukyanov, world famous guitar virtuoso Dmitry Chetvergov and his band Chet Men, as well as Russian jazz ensembles, father and son pianists Mikhail and Yakov Okun, plus a big band led by famous Moscow sax player Sergei Golovnya.

The foreign participants include the ethno-fusion groups Rajeev Raja Combine from India and Sedar Band from China, Armenian pianist Vaagn Airapetyan, New York All Star (the US) and many others. The names of some performers will be a surprise for the guests and will be announced on the opening day of the Koktebel Jazz Party 2018.

This year, the Koktebel Jazz Party international jazz festival, traditionally held in the last days of summer, will take place at five venues in Crimea between August 24 and 26. Besides the Main and Voloshinskaya stages and the Artek Big Arena in Gurzuf (used for the first time last year), the venues will include the Koktebel Water Park and Dolphinarium.

The sale of tickets to one of the largest jazz events of the year has already opened.

The Koktebel Jazz Party is held with information support from the Rossiya Segodnya international media group, the TV channels Rossiya 1, Rossiya Kultura and Rossiya 24, as well as the radio stations Mayak, Kultura, Radio Rossii and Vesti FM. Radio JAZZ is the festival's musical partner. Smolensk Diamonds is the special partner.

The Koktebel Jazz Party offers not only world class jazz, but real freedom, producing a unique vibration of music, sea, body and soul. The festival is organized by the Krasny Kvadrat media group.