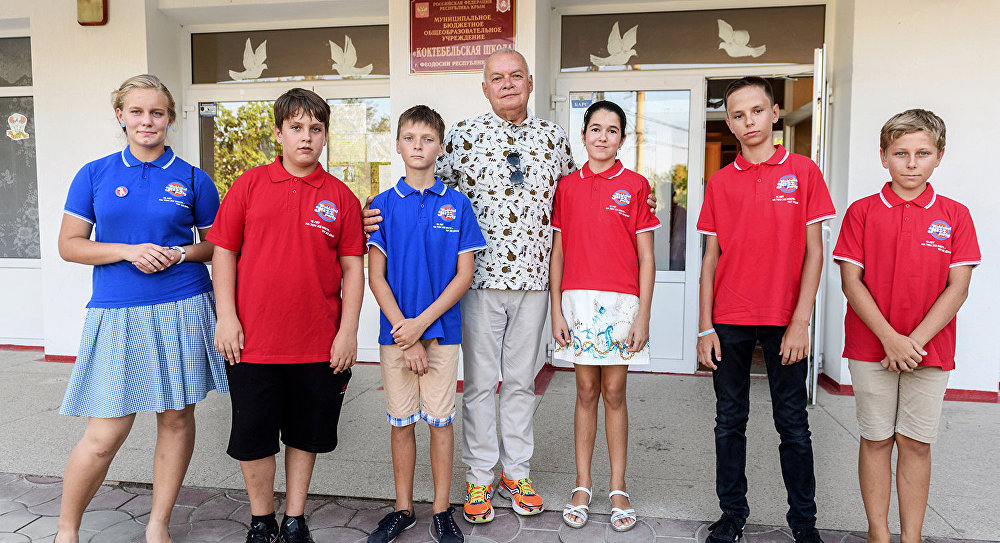 "This is a normal basic school, the region's authorities need to invest in it, and we will grant bonuses. I think that over the course of time, we will make the school the best in the region. This is a small school, the festival provides relatively small amounts of money — around 1.5 million rubles, but for the school this is a substantial addition to the budget," Kiselev said.

As Sergei Zhiradkov, the school's principal, said more than one million rubles were applied to the school's needs after the jazz festival held in 2016. Nine interactive complexes were purchased using these funds, including: interactive boards, laptops and Internet access was installed at the school. The informatics room, the PCs from which were from 1998, was totally upgraded.

The Koktebel school hosts almost 350 students, mostly from the Koktebel and Nanikovo settlements. The institution's material base also needs substantial upgrading, but, according to the principal, currently it is even difficult to find a solution to the most pressing issues — ensuring children's safe approach to the school. Areas in the settlement through which students pass while getting to the school in winter are dangerous and Theodosian authorities have yet to respond to the requests of the school administration to pave paths for students.

Dmitry Kiselev said that funds from the festival's ticket sales collected in 2017 might be allocated to upgrade the school's sports base and added that the final decision will have to be made by the trustee's board.

"But there is a something that needs to be clear: this is not the festival's school, but rather is a normal Russian school. Repair and basic things should be carried out by the authorities of Theodosia (the school is part of the Theodosian district). We have dealt with the school's urgent needs — we made a playground inside the school, because children had nowhere to go when outside, but this is more an anomaly," Kiselev said.