Eddie Palmieri: I would be greatly honored to win the people’s choice awards at Koktebel Jazz Party 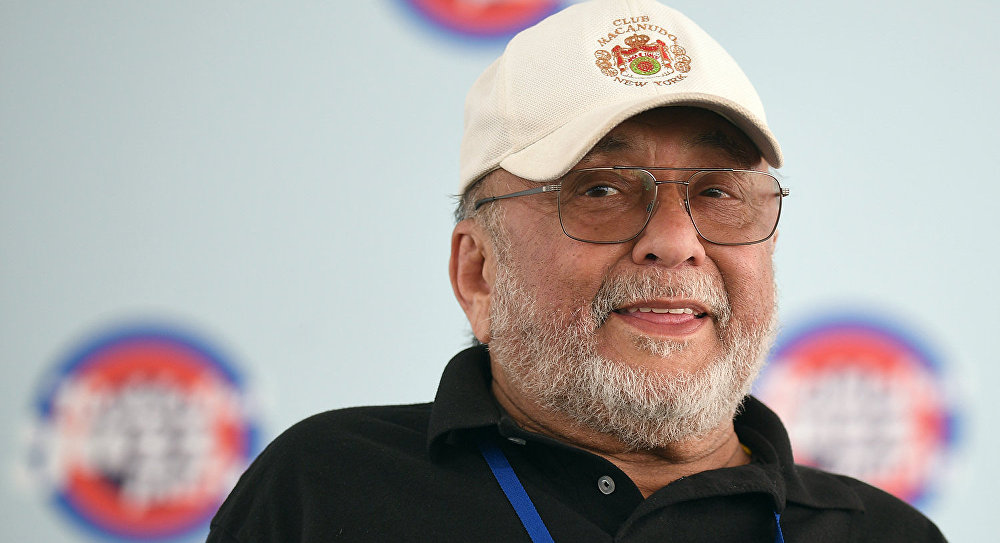 Famous jazz musician Eddi Palmieri, performing with Eddie Palmieri Latin Jazz Band at the Koktebel is sure that he will be able to win the festival's people's choice awards. This prize is awarded at the end of each day at the festival, winners are defined via sound meters measuring the loudness of the audience's ovations.

Palmieri stressed that despite the fact that he has won numerous awards, he will be greatly honored to win the Crimean festival's prize.

"I have 10 Grammy awards. And this will be my highest honor — because the Crimea is absolutely beautiful and this is a very, very important concert for me and my orchestra, my son, and we just fell in love with the whole festival. The setting of the festival is amazing, we have the Black Sea behind us, so that's all so exciting. And I know I will win the prize," Eddi Palmieri said.

While speaking at the press-conference, the musician praised the high-quality sound and the beautiful landscape seen from the stage.

"The sound system is incredible, all the engineers are excellent. And the view is just going to be spectacular tonight and we are looking forward to presenting you the concert,"  Palmieri shared his impressions.

When answering the journalists' questions, Palmieri described his preferences in the Russian music. Among his favorite composers he named Rimsky-Korsakov, Musorgsky, Stravinsky. He also mentioned modern Russia bass guitar player Boris Kozlov, with whom he often collaborates.