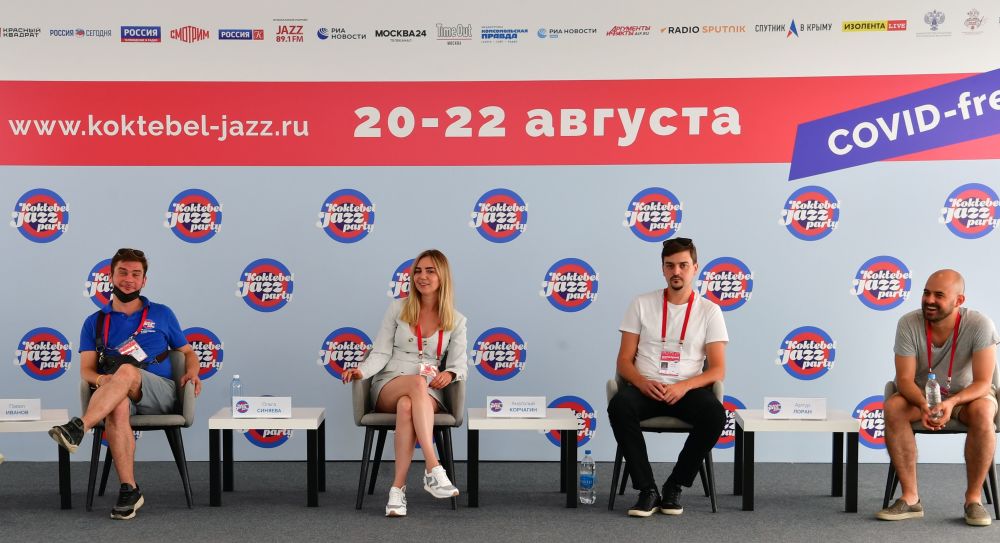 Koktebel Jazz Party’s Day 2 will feature a performance by Olga Sinyayeva and AllSee Band. During a news conference, musicians shared their impressions of the festival and spoke about the program of their upcoming performance.

The Koktebel Jazz Party lineup is traditionally diverse, the musicians said. “Everyone here at the festival would agree that it’s a very impressive event that offers opportunities for international cooperation and communication with musicians from other countries,” the band’s keyboard player Anatoly Korchagin noted.

Korchagin added that he is looking forward to the evening’s event which will feature Yakov Okun playing on stage with “some highly renowned musicians.”

“I think this is a huge event and it’s exciting to see such performers in Russia,” Korchagin said.

“We play various tributes to different artists and world-renowned musicians. Today, we will be performing a tribute to the legendary Tower of Power. We will also play several tunes of our own.”

Although Olga writes lyrics in Russian as well, today’s performance will not feature any Russian-language songs. The band members are excited to premiere two new songs for Koktebel Jazz Party spectators.