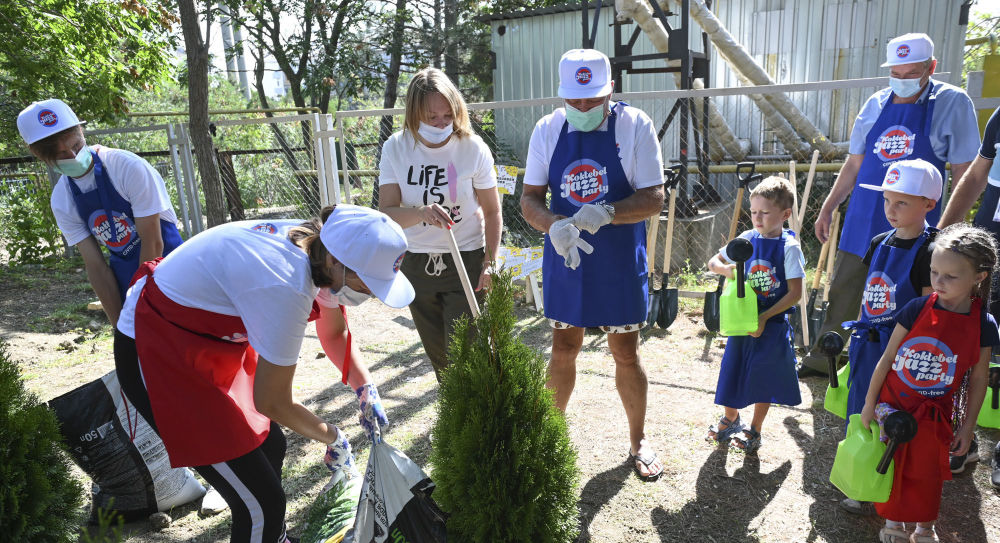 An alley of 25 thuja trees has been planted in the territory of the Bereznyuk Secondary School in Koktebel, Crimea, as part of the environmental campaign to celebrate the 19th anniversary of the Koktebel Jazz Party festival.

“Today’s environmental campaign has started efforts to consistently promote a responsible attitude towards natural resources. We want to provide an example and inspiration to others. I believe that the people of Crimea should show even more initiative and responsibility in developing their Russian peninsula, their land,” Dmitry Kiselev emphasized.

Every tree was named after a world-famous jazz song.

In conclusion, Dmitry Kiselev presented a certificate of the Jazz Alley ecozone ownership to the school’s principal, Sergei Zhiradkov.