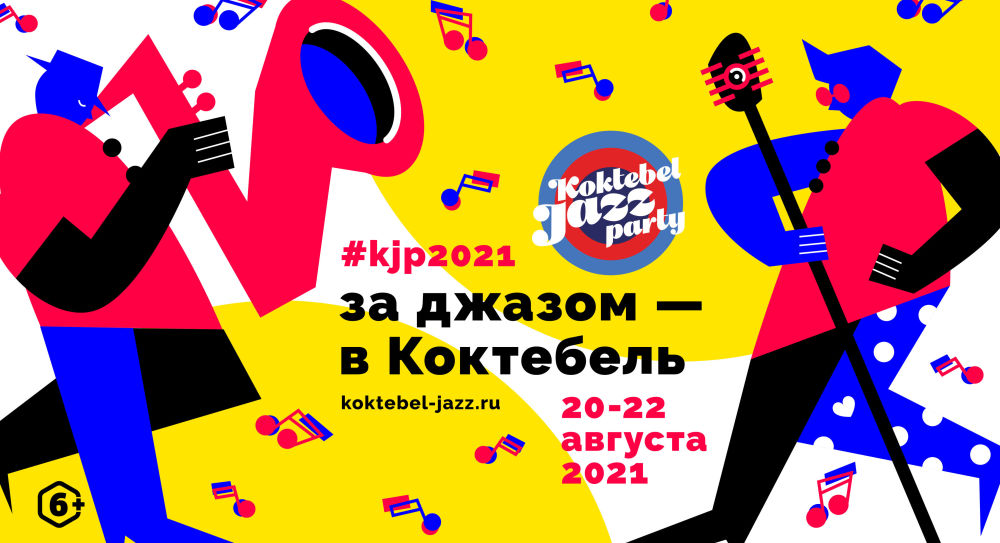 Media accreditation has opened for Koktebel Jazz Party, the biggest summer event in Crimea. The artistic town will host jazz stars and jazz lovers on August 20−22.

Journalists can apply via the festival’s official website koktebel-jazz.ru. Accredited media representatives will get a chance to report directly from the festival, use the press center facilities and attend press events, obtain concert tickets (with a seat) and use a shuttle service between Simferopol and Koktebel during the festival days.

For the safety of the performers, media representatives and the audience, the festival’s organizing committee will make sure to comply with COVID-19 requirements set by the Federal Service for Oversight of Consumer Protection and Welfare. The requirements are published on the festival website.

Tickets went on sale last month at Concert.ru. They will also be available in the on-site ticket booths. Admission costs 500 rubles and admission with a seat costs 1,500 rubles.

The organizing committee earlier announced the first names in this year’s lineup. Russian musicians planning to perform at the festival include Uralskiy Dixieland, one of the oldest traditional jazz bands in the post-Soviet countries, the famous Yakov Okun International Jazz Trio, jazz pianists Daniel Kramer and Valery Gorokhovsky. The festival program also includes the George Garanian Big Band (Krasnodar), Russian musician and composer Sergey Golovnya and his Electro Machine band, as well as Olga Sinyayeva, a contestant in the second season of the Russian reality talent show The Voice, and her AllSeeBand.

In keeping with tradition, the names of foreign performers playing in Koktebel during its 19th jazz season will only be announced on the opening day, August 20. The full program will be published on the website closer to the event.

All festival participants, guests and spectators must present at least one of the three documents listed below:

The first jazz festival was held in Koktebel, a small town in Crimea, in 2003 as a private initiative of journalist Dmitry Kiselev, the founding father of Koktebel jazz. The festival is now a popular international jazz event. The names of jazz stars planning to participate are always kept secret until the last minute. The famous jazz musicians who have attended the event over the years include the legendary drummer Jimmy Cobb (US), Gonzalo Rubalcaba (Cuba), the winner of a Grammy Award for Best Latin Jazz Performance, American bassist Stanley Clarke, famous for his innovative technique, German stars of nu jazz (jazztronica) Club Des Belugas, the unique Israeli saxophonist Robert Anchipolovsky, and De-Phazz from Heidelberg, Germany. President Vladimir Putin was a guest of KJP-2017.

Koktebel Jazz Party is not just about world-class jazz, but also about a true sense of freedom that creates the thrilling vibrations of music, sea, body and soul. The event is organized by the Krasny Kvadrat (Red Square) media group.

Rap Koktebel is a youth rap culture and music festival. It was first held in late August 2019 in Crimea, also at Dmitry Kiselev’s initiative.