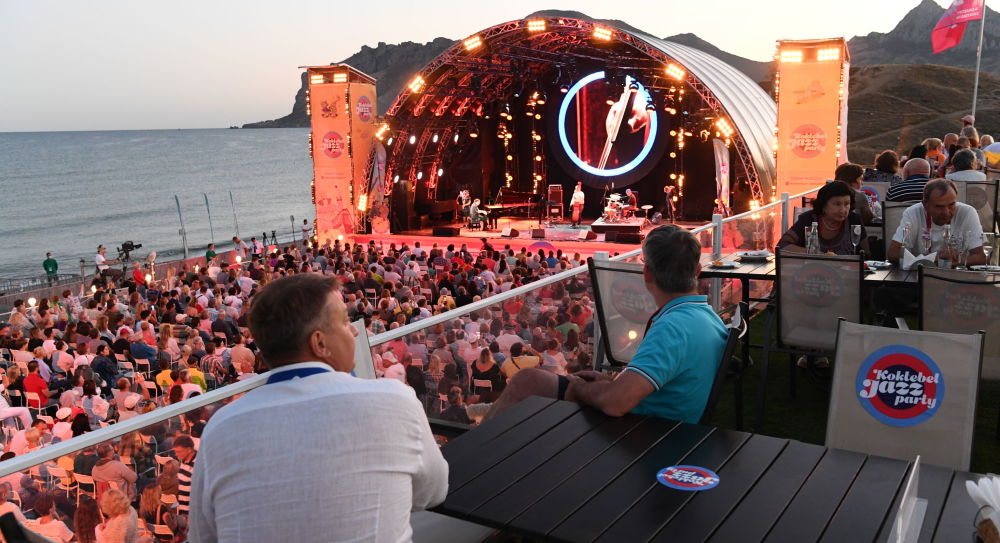 The Organizing Committee of the main summer music festival in Crimea, the Koktebel Jazz Party, has announced the first participants of the 19th jazz season, which will take place in the artistic town of Koktebel on August 20-22.

As usual, the names of foreign participants of Koktebel Jazz Party 2021 will be announced on the opening day, August 20.

A complete program of Koktebel Jazz Party 2021 will be available on the festival’s website several days before it opens.

The participants, spectators and the organizing committee will comply with Rospotrebnadzor’s coronavirus restrictions to ensure public safety.

The first jazz festival was held in Koktebel, a small town in Crimea, in 2003 as a private initiative of journalist Dmitry Kiselev, the founding father of Koktebel jazz. Since then, it has become a respected event on the list of international jazz festivals. The names of jazz stars planning to participate are kept secret until the last possible moment. The famous jazz players who have attended the event include the legendary drummer Jimmy Cobb (US), Gonzalo Rubalcaba (Cuba), the holder of Grammy for Best Latin Jazz Performance, American bassist Stanley Clarke, famous for his innovative technique, German stars of nu jazz (jazztronica) Club Des Belugas, unique Israeli saxophonist Robert Anchipolovsky, and De-Phazz from Heidelberg, Germany. President Vladimir Putin was a guest of KJP-2017.

Koktebel Jazz Party offers not only world-class jazz, but also a real sense of freedom, generating the thrilling vibrations of the music, the sea, the body and the soul. The event is organized by the Krasny Kvadrat (Red Square) media group.

Rap Koktebel is a youth rap culture and music festival. It was first held in late August 2019 in Crimea at Dmitry Kiselev’s initiative.